Grammy Bound With YOU!

14 days left to contribute to my campaign. As the days dwindle down, it's been harder and harder to keep my energy up. I've had several shows this month and it seems as though exhaustion has start to set in. 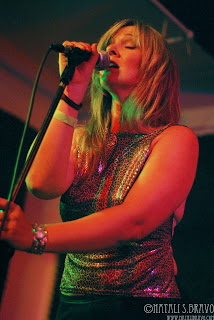 Whether you know it or not, I do this all alone. While I've had many people join me on this journey...and I'm eternally grateful for all your support and love...the day-in and day-out of my grind is solitary. I try to cram as much into 24 hours as humanly possible, take a nap, then do it all over again.
While I LOVE what I do, as an independent artist, I do it  all...well, independently. When you're at this level, you have no real money to pay people and it's hard to get a team behind you when you're not bringing them any real income...YET.
This part of the journey is hard...more than hard...it's exhausting and many times thankless. But in this part of the journey, it's what determines who's really in it to win it. And I'm in it for the long haul.
As I write to you today, I'm overdrawn on my bank account and used the money from my outdoor performance for Make Music New York to put a few more dollars of gas in my car so I can make it to my next show.
I just need you to know that although I maintain a positive spirit throughout all of this, I'm human. I cry almost everyday fighting through this struggle, persisting despite the odds, and knowing that my blessings are waiting for me on the other side of my tears, pain, and struggle. My faith allows me to believe that my efforts are not in vain. Though I don't know what tomorrow will bring, I work hard EVERYDAY to ensure I am hand-crafting my future.
The money you donate will not go towards putting gas in my car or putting a roof over my head. I do odd jobs, cell CD's, work Weight Watchers meetings, and do anything I can to bring in income to survive while relentlessly chasing my dream. The money you donate will go directly towards my dream...an INVESTMENT towards my future.
If you know me, you know I work hard. I give 110% to everything I do ESPECIALLY my music. I promise to give you a return on your investment...great music from the heart! Please help me make this happen. It means everything and I'll give everything it takes. Please consider becoming part of my living legacy by donating a few dollars to my dream and joining me on my journey all the way to the top. 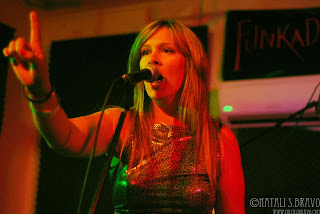 For my whole life, I've been different. I realized it at a very young age. I always felt like I had an old soul...listening to The Beatles and wearing bell-bottom pants before they came back into style to my band concerts where I was the only girl drummer.
I never did things to be different on purpose...it was just who I was. Lord knows, things might have been easier if I could have blended in a little more, especially during junior high and high school when kids can be so cruel.
Because of some of the challenges that being so different created, I ultimately almost ended up dropping out of high school, but ended up transferring to another high school and attending a vocational program for graphic and advertising design. This transfer was intended to make my life easier, but because of the poor perception and stigma attached to the vocational program, I found myself living a double-life...pretending I wasn't a vo-tech student and hiding underneath desks if, God forbid, one of the "regular" high school kids came into our classroom.
I found more of the same throughout college, but started to be more accepted since I had moved to New York and could have a bit of a fresh start. I got involved with campus ministries, the folk choir and gospel choir at Iona College, where I got my BA in political science and pre-law. I had gotten that degree because my mom had always wanted me to be a lawyer and I had always wanted her happiness and approval.
After graduation, I seized an opportunity to move to FL with the woman that had helped raise me, a woman I consider to be a true guardian angel. It was supposed to be a 3-month break, but turned into years as life unfolded while I was there. I still pursued my music while down south, auditioning for American Idol, singing at local contests, and writing. I also found another opportunity for a fresh start and stopped correcting people when they asked if I went by anything other than Kathryn at job interviews, etc. Everyone had always called me Katie growing up and I never really felt like a Katie. This was my chance to be Kathryn, the young lady I always felt like.
I also took the LSATS and was working for a law firm as I was still trying to get my mother's approval and happiness even from so many miles away. I had asked the attorney I was working for at the time for a letter of recommendation. One day he pulled me into his office and told me to sit down. He started to talk to me about the letter he was going to write. He told me that he was more than happy to write the letter, that I'd be great at anything I chose to do with my life because I was intelligent and hard-working. But he also told me to think about it before I chose that path. He had seen me audition for American Idol, design a nursery for another lawyer in the office, and design a few things for people in his family. He told me that he thought I might be stifled in the legal profession since I was so creative. He was like a father-figure to me during my time in Florida and his opinion and words weighed heavy on my heart.
I was at a cross-roads. I was blessed to have the book smarts and determination to get through law school, but I was also blessed to have a creative mind that could create in both video and audio settings.
I took some time and ultimately decided to go for my MBA instead since it was a broader degree. I've always been terrible with numbers/ math and I decided if I could get through an MBA, I could do ANYTHING! I had also convinced myself that if I came back to New York, the MBA would help me further my music career.
I'm leaving out a tremendous amount of details for the sake of time here, but the moral of the story is that ultimately, I picked the hard way...and although this journey has been incredibly challenging at times, it has been authentically ME!
As I stand before you today in relentless pursuit of my dream, I can proudly tell you that I'm different. My fashion sense is different. My my musical style is different. My journey is very different. But in being so different, I feel more like myself than I ever have in my whole life. While I always thought it was some kind of curse to be different, I now understand the amazing blessing of being myself in a real way. I continue to be inspired by the people who are inspired by my journey and the fact that I'm ME with no apologies.
I thank God to have finally gotten to this point and I'm eternally grateful to have you with me on this journey! And if may I take this opportunity just to say that being different may not always be the easy way, but in the end, there is no other way to find out who YOU are! Here's to being different!
My DREAM is a huge part of who I am...find out how you can support my dream by checking it out here:
http://www.indiegogo.com/grammybound
Posted by K Hox at 3:39 PM 1 comment: