Patience: It's MORE than a Virtue...your life depends on it

There are so many cliches in the world that we many times take for granted the weight that some of these statements have...until we're slapped in the face with them. In my case, I was recently actually punched in the face for my lack of patience. I am now compelled to break down this cliche in a way that I pray will resonate with you some way.

This past Monday, like so many Mondays before, I was headed downtown on the Bruckner Expressway, towards the west village to go sing at a jam. I usually take the FDR and then head across town to the west village because 95 South is always a parking lot, no matter what time of day. (Here's the first part where I demonstrate a lack of patience.) I was having some car issues as my rear brakes were almost completely bare and I hadn't had the time or the money to go replace them. Allow me to acknowledge the danger of not repairing my vehicle and reflect that this is the first point when I should have realized patience would have kept me off the road and safer than driving on bare brakes. (Case 2 of lack of patience.)
But since I don't dwell in the past, I'll just hope that you take heed to the danger of driving with car problems and pray that you maintain your vehicle to the best of your ability. I'll also note that, since this incident, I've replaced my brakes. 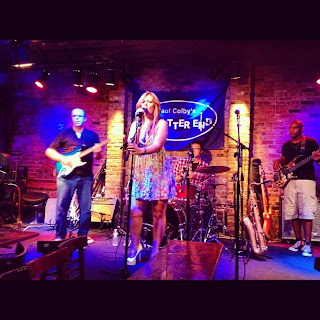