I just got back from a short trip home to Rhode Island, a trip that was supposed to serve as a little getaway in the midst of moving and too much chaos in my life in NYC.
My trip home had been planned for weeks, after learning of my mother's recent diagnosis of dementia last month. I could've told you it was happening, but somehow I was still completely blindsided when my mother called to tell me.
A scary dream involving my oldest sister caused me to call her this week before the trip. The worst of my fears had been confirmed during our chat; my mother's dementia is proving to be extremely progressive. I wasn't ready to hear that my father is also not doing well, having a bad fall in the shower a couple weeks ago, which left him there for hours until my mother called 911.
On Friday, I got into an accident in the parking lot of somewhere I hadn't even intended being. The accident caused my one of my backlights to get ripped out and completely non-functioning. The loss of light delayed my trip as I couldn't drive at night without the light. I took it as a sign that I needed to sit still for a bit, though I kept running errands and getting work done until almost 11:30 pm. I have yet to find my off switch.
I finally arrived home in Rhode Island on Saturday after making my way through four hours of traffic. My visit was rushed, but I made the most of every moment. I went home to face my mother in this new chapter.
I have always wanted my parents' love and admiration, their approval and affection. But it has taken me most of my life to understand that's just not how they're built. This trip home, I went out of love instead of for love. Miraculously, I felt the most love from my parents almost ever. I was thankful for the time spent. 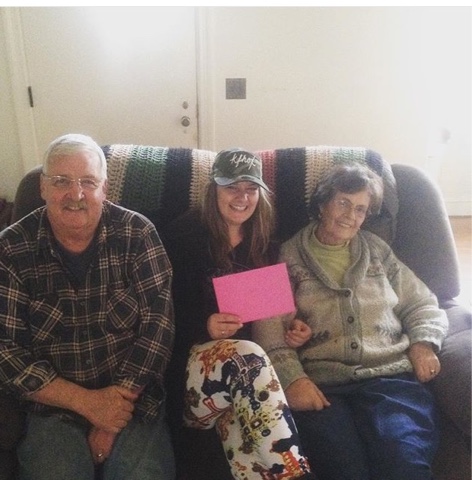 Much of my life has been spent trying to avoid becoming like my mother (mentally ill). I can honestly say that I have exhausted a great deal of time and energy in this regard. As my parents are now closer to the end of their lives than the beginning, my perspective has begun to shift. I just want to cherish every moment. With each passing day, I thank God for my Father, who I still have time with, and my mother, whose nature is irrelevant to the love I have for her.
Cherish your parents. Sometimes we put people so far up on an impossible pedastal that we don't appreciate them until they're gone. Don't wait that long.
Posted by K Hox at 9:00 PM 14 comments:

So I'm in the middle of reading "Timbaland: The Emperor of Sound" and he starts by talking about his childhood. He wasn't doing well in school and his father is telling him that music is just a hobby and that he needs to focus more on his studies. I could write a whole other blog on that, but some other time perhaps. 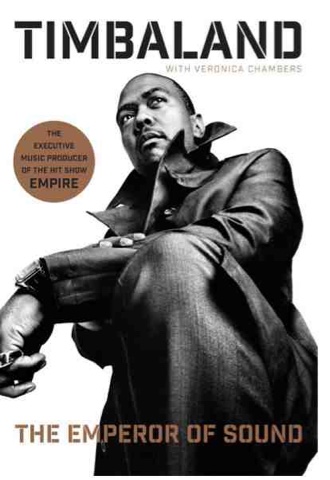 Timbaland goes on to start talking about Thomas Edison & Benjamin Franklin as they were both recognized as doing poorly in school despite their life's great achievements. Thomas Edison, a notorious daydreamer, went on to invent the lightbulb, the motion picture camera, and the phonograph, which led me to another thought. I have two Masters degrees and couldn't tell you anything about how any of those things work. We get into cars everyday, with no real understanding of how any of those mechanics work (unless, of course, you're a mechanic) and drive without the slightest notion of how we're accelerating, braking, and so on.
We have grown so technologically dependant (phones, GPS, etc.) and yet, I bet most of us couldn't tell you how any of the things in our lives actually work. We just use them without question, which I'm sure is hurting us more than helping us.
We don't question any of it; we simply consume without informing ourselves. Now, I know what you might say, "How do I have time to inform myself how all this stuff works? I have to work, go to school, etc." And that's true, yes. But think about ALL of the things we simply accept in our lives, without question.
I say all that to say this. Maybe if we took more time to understand how things work, we would also be more mindful to understand how people work. In a time when people seem more hateful and judgmental than ever, perhaps a lesson in how and why things work would lead us to question the same about people. And perhaps, just maybe, if we took some time to get a better understanding of people, we would practice a deeper level of compassion and understanding.
Perhaps the reason people are so divided lately is because most people are simply blindly accepting what is instead of questioning why it is what it is or what made it that way. Maybe we're getting closer to a time that in order to keep going, we have to start understanding the way things work.
Posted by K Hox at 1:16 PM 4 comments: